Visitors to the Boca Raton Public Library have always had the opportunity to read and renew, and since October of 2015 they can re-power their electric vehicles thanks to the City’s installation of a FREE electric car charging station at the Downtown Library.

The library was awarded a 2015 LEED Silver Certification Plaque. Leadership in Energy & Environmental Design (LEED) is a green building certification program of the U.S. Green Building Council (USGBC) that recognizes best-in-class building strategies and practices. LEED-certified buildings save money and resources, and have a positive impact on the health of occupants, while promoting renewable, clean energy.

FREE to the public, the Schneider EVlink 220-volt station can charge two vehicles at a time, enabling users to top off their car within hours while visiting the libraries or downtown. The addition of the new electric car charging stations furthers the City’s environmental stewardship efforts.

As of June 2017, the City of Boca Raton has added two new electric vehicle (EV) charging stations to its network.  The two new stations are located at City Hall (201 West Palmetto Park Road) and one at the Spanish River Library (1501 NW Spanish River Blvd).  The three electric car charging stations provide convenient locations for residents and visitors to charge their cars while enjoying all of the amenities the two libraries and other businesses in the area have to offer. 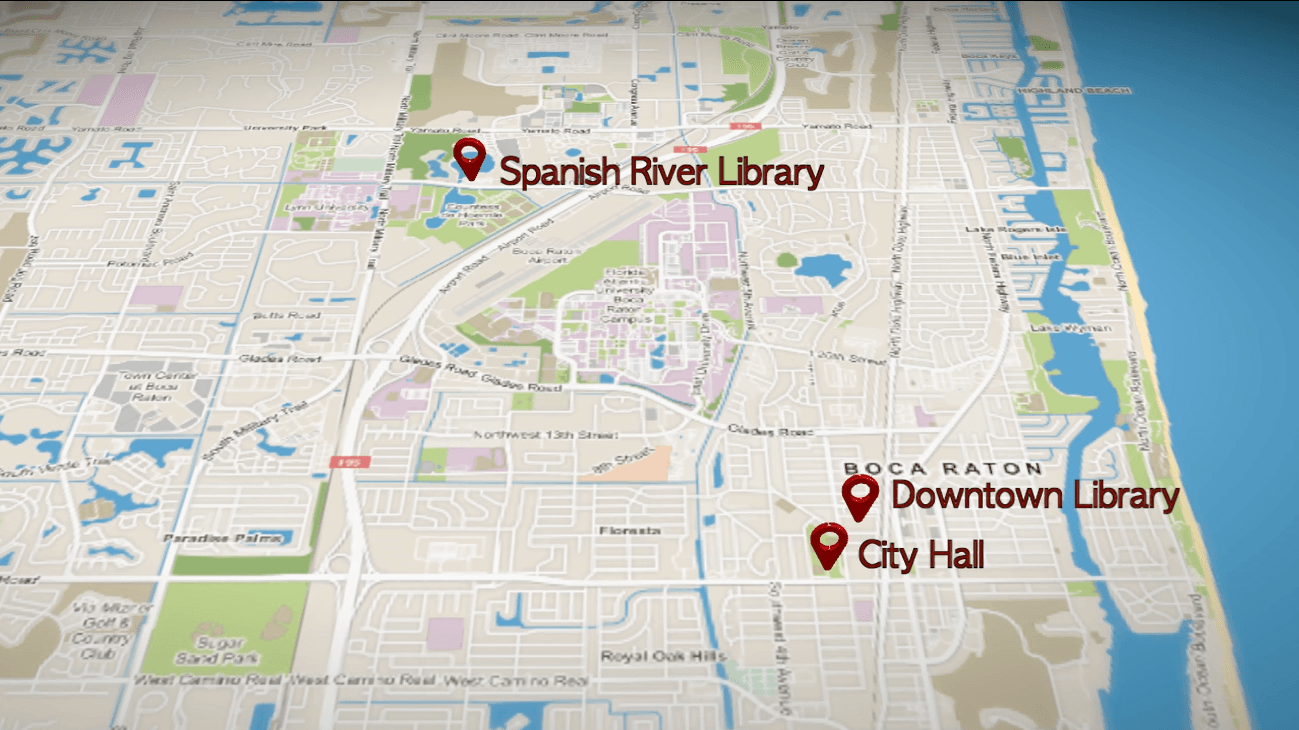