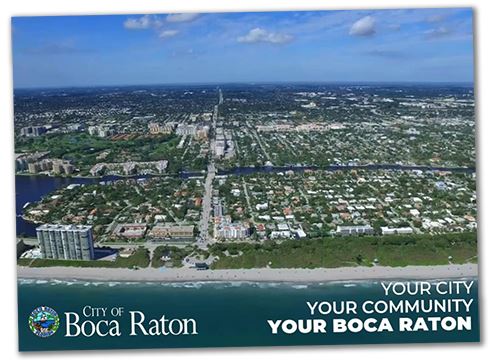 One Cent Sales Surtax Program in the City of Boca Raton

In November 2016, Palm Beach County voters approved raising the sales tax from 6 percent to 7 percent. This 1-cent sales tax increase took January 1, and will sunset on December 31, unless $2.7 billion is collected before then.

The City of Boca Raton is estimated to receive $5,300,000 per year (about $53,000,000 over the next 10 years). It has created an Infrastructure Surtax Fund for the purpose of accepting and disbursing the funds and the City’s Financial Advisory Board will act as the oversight committee for the expenditures through this fund.

The City has a six-year capital improvements program (CIP) that is updated during the annual budget process. Capital items include equipment and vehicles which would not be eligible for funding through the surtax, but other projects, like pavement resurfacing, traffic improvements, building facility renovations and park improvements are eligible.

Projects funded by the surtax funds have been identified in the proposed FY 17/18 Capital Improvements Program Budget and may include:

A Proposed Infrastructure Surtax Projects (removed during website renovation; please contact the City Clerk's office for more information) presentation was presented to the Citizens Oversight Committee on August 28, 2017.
The tentative budget hearing is scheduled for September 11,   at 6:00 pm and the final budget hearing is set for September 25 at 6:00 pm.
Notify Me®
Sign up for notifications