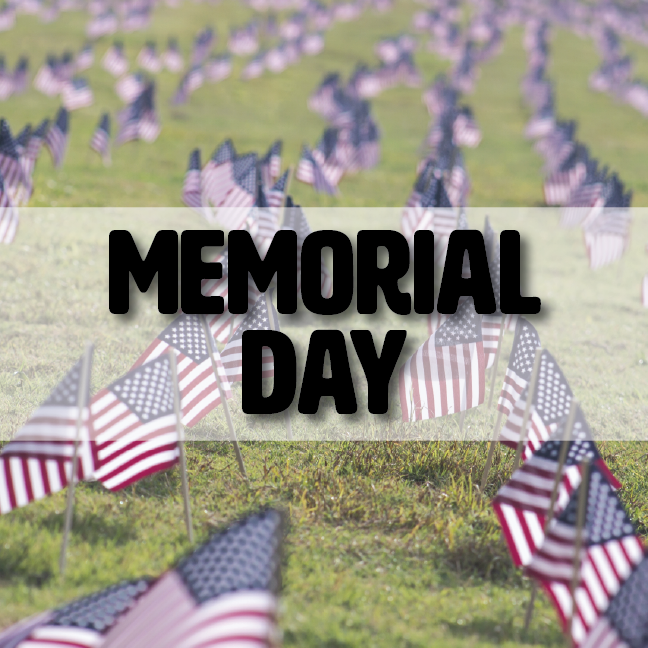 On Monday, May 25, the City of Boca Raton Recreation Services Department will host its Memorial Day Ceremony virtually to honor America’s fallen war heroes. Traditionally, the City hosts the event at the Boca Raton Cemetery, however, due to COVID-19 gathering restrictions, the decision was made to honor the men and women who fought for America’s freedoms through a virtual tribute. Residents can watch the ceremony beginning at 9am on the City’s YouTube channel and the Boca Raton Recreation Facebook page.

The "All Gave Some... Some Gave All" ceremony will feature special messages from City of Boca Raton Mayor, Scott Singer, and local veterans Retired Lt. Col Bobbie Williams, and Ed McCarthy from American Legion Post 277. The event will also include musical performances by the Fort Lauderdale Highlanders, the Coastmen Chorus and Boca Raton High School 2020 Graduate Chec Hill, as well as a flag folding ceremony by the Boca Raton High School NJROTC.

"While we will not gather together in person on Monday to observe Memorial Day, we can still be united in our tribute to the brave who gave the role for defense of our great nation," added Mayor Scott Singer.

Boca Raton residents who would like to honor a deceased service member can submit a photo to be included in the "Parade of Heroes" presentation during the ceremony. An email must be sent to Monika Amar, Community Events Coordinator, at mamar@myboca.us no later than Friday, May 22 at 10am. Residents should include a photo, name of the veteran, details surrounding the person’s military branch and rank, years and/or war(s) in which they served and year of passing.

Residents can watch the commemorative ceremony at 9am, which will be recorded and available on: