The City of Boca Raton passed Ordinance 5469 for the purpose of improving water quality through reducing nutrient pollution. One way to reduce the synthetic fertilizers you are using on your property is to use compost as a soil amendment! Compost will release nutrients slowly for your plants as well as help your soil hold moisture, requiring less irrigation. The easiest way to get compost is to make it yourself from materials you would otherwise put in the trash.

Composting is a great way to become more aware of your food waste and to take steps to reduce it. Although in Palm Beach County our waste is primarily turned in to electricity, nationally food waste is the largest single category heading to landfills, making up 22% of the municipal waste stream! Almost 40% of food produced in the United States is estimated to be wasted. Reducing food waste can help reduce land use, water use, energy, and greenhouse gas emissions related to agriculture.

There are several designs of compost bins commercially available or that could be built, all of which, when properly maintained, would compost kitchen and yard scraps without pest or odor issues. However, it is possible to DIY a compost bin from easily available materials. The method below is that which is used by gardeners at the Boca Raton Community Garden.

There are many ways to compost. The Boca Raton Community Garden has a simple method for gardeners to make compost for their vegetable plot. These instructions adopt that method for home use. Although the method is simple and economical, it requires attention and effort.

From here on out the garbage cans will be referred to as compost bins.

Dig the compost in around your plants or put it in new planting holes. Compost can be used for indoor potted plants.

You can also add:

Eggshells (microwave one minute before adding) and bread.

REMEMBER: Follow the basic guidelines, use your best judgment, be observant of the results and adjust as necessary. Don’t worry too much about doing it perfectly!

*Do not put any material in your bin that contain pesticides. The creatures living in your bins are what break the materials down in to soil, pesticides can harm them negatively impacting the composting process.

The process produces worm castings which are the material left behind after the worms eat and digest kitchen scraps and other organic matter. The worm castings are then harvested and can be applied to the garden. The most significant benefit is that the nutrients in worm castings are easily absorbed by the roots of the plants. Castings contain bacteria and microbes that help plants become more resistant to disease.

The Boca Raton Community Garden has a vermiculture project consisting of five large bins on pallets. Bins were prepared with shredded newspaper, compost and soil, fruit and veggie waste, coffee grounds, rabbit bedding and filtered water. Approximately one thousand worms or different species were purchased and added to one end of each 48-inch long bin. One bin contains Alabama Jumpers, one has European Night Crawlers and three bins have Red Wigglers, the most common worm composting species.

After approximately two months, food is moved towards the center of the bin. The worms gradually migrate to the new food position. Any remaining worms can be screened out and repositioned to where the food is placed. The program continues in the same manner throughout the length of each bin providing a simple method for obtaining worm castings.

Thank you to the Junior League of Boca Raton and the Boca Raton Community Garden for hosting our first workshop! 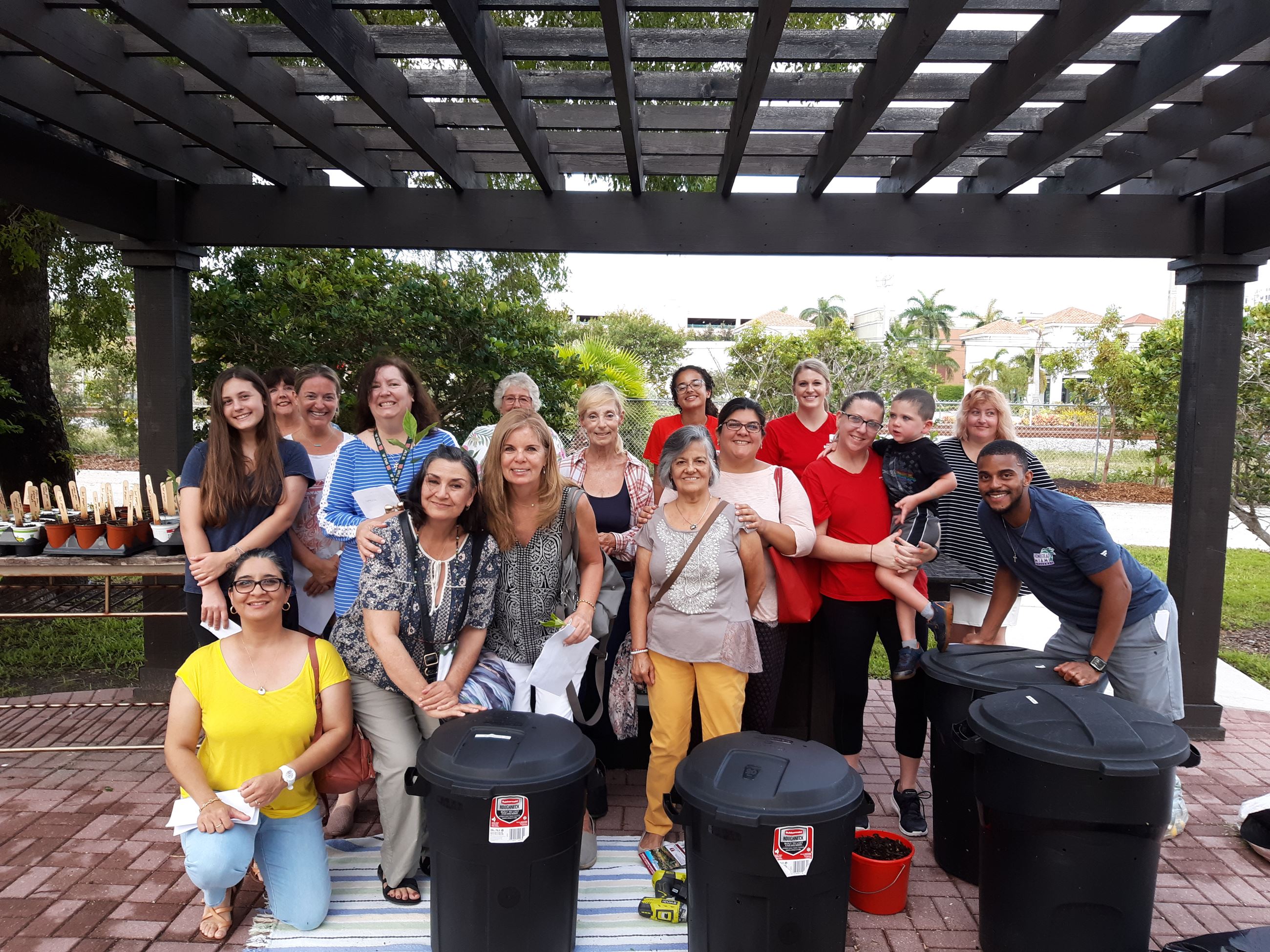