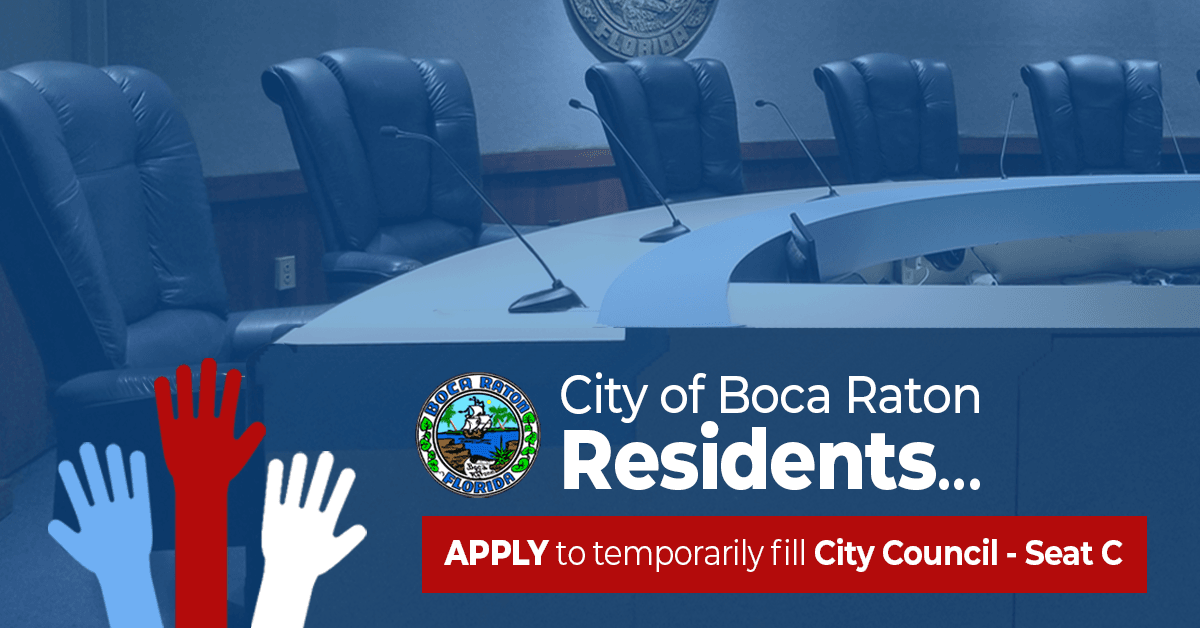 The appointment to fill the temporarily unoccupied position is for a term that  begins on the effective date of the appointment, Tuesday, October 27, 2020, until Wednesday, March 31, 2021 or an earlier date, pursuant to Florida Statute 115.11(2), should Council Member Rodgers return from active military service prior to the end of his term. To qualify for appointment, applicants must be at least 18 years old, a resident of the City of Boca Raton, and a registered elector of the City.

To apply for temporary appointment to City Council Seat C:

To Join the Virtual Meetings:

The Mayor presides at all Council meetings and other public functions and is the ceremonial head of the City. The Deputy Mayor presides in the absence of the Mayor. The Mayor and City Council determine policy legislatively. The Mayor and City Council also serve as Commissioners of the Community Redevelopment Agency (CRA).  In this capacity, they make decisions that affect the development of the Community Redevelopment area, generally known as Downtown Boca.

City Council meetings are usually held at 6 p.m. on the second and fourth Tuesday of each month. The CRA usually meets at 1:30 p.m. on the preceding Monday, immediately followed by the City Council Workshop meeting.