Boca Raton, FL - In the early evening of Friday, November 25, 1983, 2 hunters discovered the skeletal remains of a human body in a fenced field on the west side of the road at 7701 Congress Avenue.

The remains are believed to be that of a white male, less than 35 years old, approximately 5’10” tall and 150 pounds. The male was clad in a black t-shirt with a blue and white decal with the words “Mess with the best, die like the rest,” a profile of a skull and the words “Harley blue” written underneath the skull. He was also wearing blue corduroy pants and knee high, lace-up leather moccasins. The male had a 4.5 inch stainless steel surgical implant in the right forearm to reconstruct the radius bone. This implant had 6 screws that had not been removed during aftercare. A 4 to 5 inch surgical scar should have been visible on the right wrist above the thumb extending up the forearm. The male also had several distinctive teeth which would be sufficient for identification: 1 top incisor had root canal work and the other is a crown; as well as at least 12 fillings in the molars.

Investigators believe the remains had been in the field no more than 7 months and foul play is not suspected. Investigators are asking for help in identifying these remains. 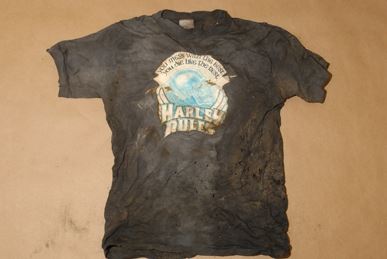 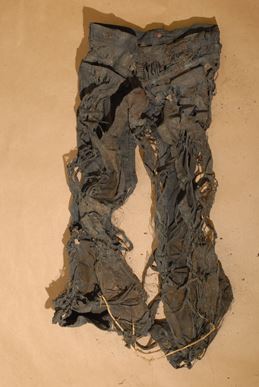 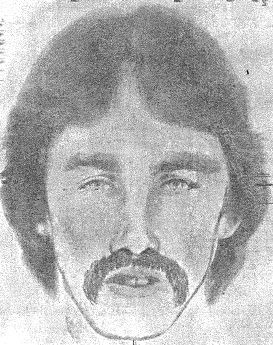