Shortly before midnight on December 12, 2007, a security guard at the Town Center Mall in Boca Raton, FL. noticed a black 2007 Chrysler Aspen with the engine running, parked in the lot on the south side of the Sears department store. He called the Boca Raton Police Services Communications Center on a non-emergency line and asked for an officer to check it out. Officers found Nancy Bochicchio (47 years of age) and her daughter, Joey Bochicchio-Hauser (7 years of age), in an SUV bound and shot. 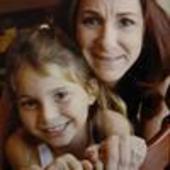 This terrible and tragic discovery touched off a massive investigation involving resources from around the country. Boca Raton Police crime scene technicians collected several hundred pieces of evidence from the scene, including DNA samples. Within hours of the incident, Boca Raton Police investigators were using various resources to identify a possible timeline and course of events.
On Wednesday, December 12, 2007, Nancy and Joey entered the Mall through Entrance No. 4 (between the Sears and Neiman Marcus department stores) at approximately 2:19 p.m. They left the building through the same doors at approximately 3:11 p.m. Boca Raton investigators believe that they were abducted and then taken to an ATM where they were forced to withdraw $500. A 911 call from Nancy’s cellular phone was received by the Palm Beach County Sheriff’s Office, but was disconnected before dispatchers could answer it. The operator tried to call back to Nancy’s phone, but received no response. 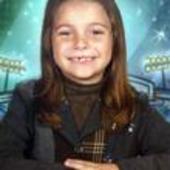 The suspect(s) used a variety of material to bind and control Joey and Nancy, including duct tape, plastic ties, handcuffs and goggles. Their hands, feet, and neck were bound to restrict their movement in the vehicle. When they were discovered, the bindings on Nancy’s wrists were broken. There is no direct evidence to suggest who broke the bonds or whether Nancy resisted the suspect(s) in any way. There is no information to determine whether Nancy and Joey were shot at the Town Center Mall or other location(s). There are no facts available regarding when the vehicle was returned to the Town Center Mall parking lot.

On December 14, 2007, a reward poster (JPG) was released with a reward of $400,000-offered by the City of Boca Raton and the FBI. Dozens of investigators worked tirelessly canvassing various locations, scrutinizing hours of surveillance video, processing and evaluating evidence, and following up on leads.

As the initial leads were being investigated, two people of interest were identified. On Tuesday, December 18, 2007, a photograph of David Goodman and a sketch of a subject known only as “Charles” were released to the media. “Charles,” who was later identified as Charles Jackson, was believed to have had access to Nancy Bochicchio’s cellular telephone at some point after the homicide. Goodman was thought to have found Nancy’s credit card.

Within hours of releasing the information about David Goodman, he was located by Boca Raton Police investigators at a Burger King in Miami. He was taken to the Miami Police Department for questioning. Shortly after the interview with Boca Raton Police detectives, Mr. Goodman was arrested by the Miami Police Department on an unrelated Broward County warrant.

The next day Charles Jackson was located by Boca Raton Police investigators in Miami and interviewed. During questioning, Jackson stated he found Nancy Bochicchio’s cell phone in the area of 1500 NE 1st Avenue, Miami. Jackson was cooperative and provided information for investigative follow up. Boca Raton detectives and officers from other agencies thoroughly searched and canvassed the area identified by Mr. Jackson, talking to numerous people in that region. They also spent time in the same area of Miami passing out flyers, reviewing surveillance video, and following up on leads.

Boca Raton investigators are still pursuing hundreds of leads and continue to work with law enforcement partners from around the region and throughout the country. A task force was formed on January 31st, 2007 to investigate recent high profile cases including the murder of Randi Gorenberg and the Bochicchio murders. The task force consists of detectives from the Boca Raton Police Services Department and the Palm Beach County Sheriff’s Office. The task force provides an opportunity to improve communication and coordination into solving these cases.

America’s Most Wanted profiled this case 3 times on their program, the most recent being February 16, 2008. For this episode, AMW commissioned forensic artist John McMahon to enhance the original sketch, which was provided by the August 7th victim. The sketch, in addition to the original sketch, is included on this site. The local media outlets continue to do a thorough job of ensuring extensive coverage.

While there is presently no physical or forensic evidence directly linking this case to any other investigations, there are enough similarities to lead Boca Raton investigators to believe this case is related to the August 7, 2007 Town Center Mall Carjacking incident (see “Other Cases” on this site).

Aside from professional motivation, this case is extremely personal to us. Photographs of Nancy and Joey can be found throughout the Boca Raton Police Services Department to serve as constant reminders that our goal is justice for them and their loved ones. If you have any information, please contact us at 561-338-1344, or Crime Stoppers at 800-458-8477. You may remain anonymous.
Contact us