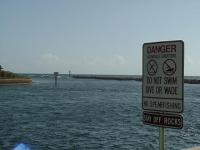 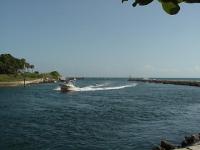 
The City of Boca Raton has 77.18 miles of canals and lakes The City is bordered by the Atlantic Ocean on the east and has one of the most beautiful inlets in South Florida. The marine environment of Boca Raton is one of the reasons the City is so lovely. The City has both commercial and pleasure craft in the area and three boating destination parks, which include Spanish River, Silver Palm and James Rutherford. Although the City has no commercial marinas, it does have ample marinas just south and north of the City limits, which provide fuel, food, repairs and boat storage and dockage.


The City of Boca Raton has one boat ramp for motorized vessels at Silver Palm Park, which is located on Palmetto Park Road at the Intracoastal Waterway. The City has 2 non-motorized launching facilities at Spanish River Park and James Rutherford Park.