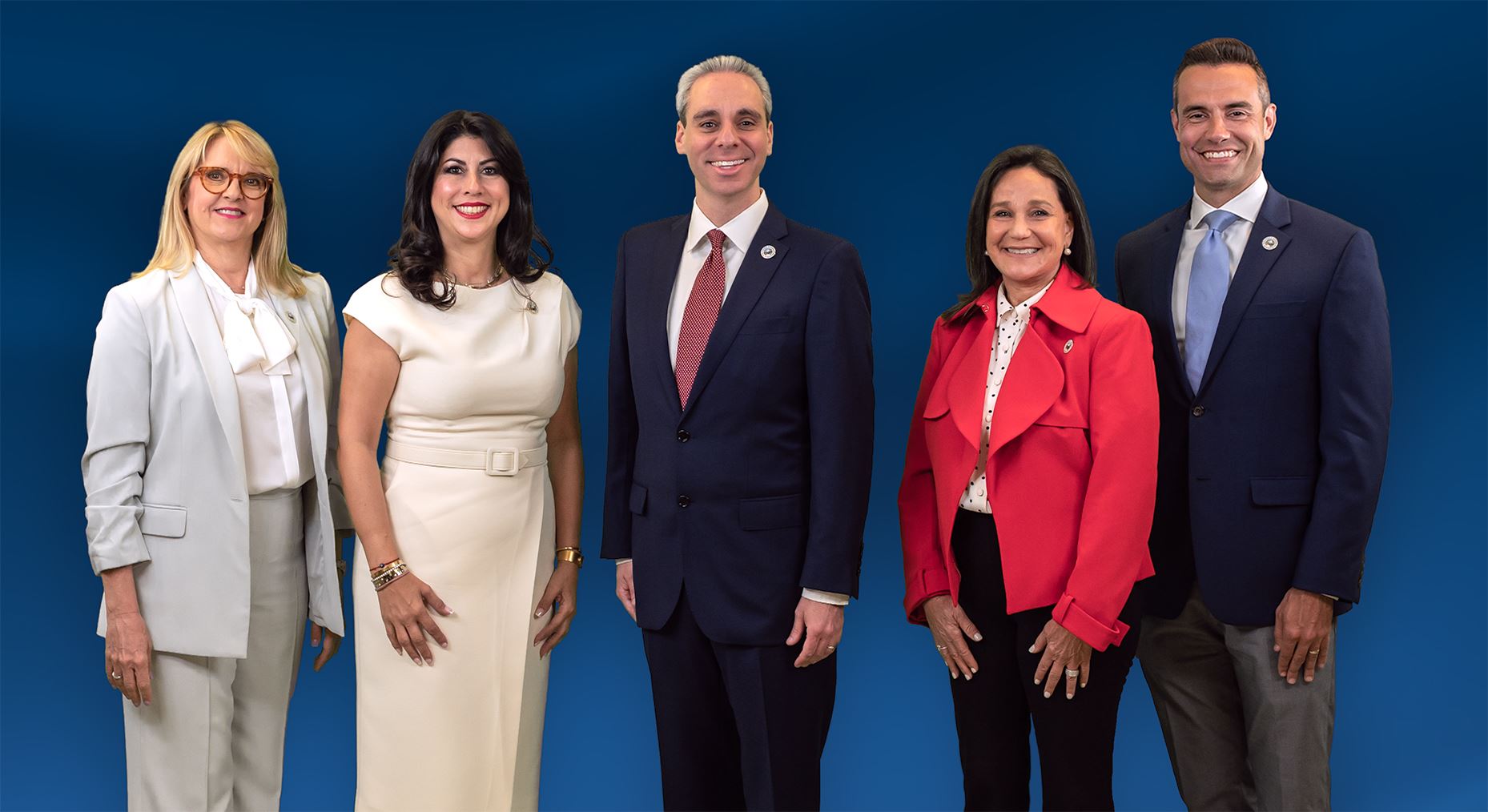 
The City of Boca Raton is governed by a five member City Council elected at-large to designated seats on a non-partisan basis. The Mayor and Council Members are elected for three-year terms. Members who have served two consecutive terms are not eligible to be elected to that office for the succeeding term. The Mayor and Council members seats designated A and B are elected in one year, the Council members in the seats designated C and D are elected in the following year. Subsequently, there is a year without a council election. The City Charter was changed by the electorate in 2006 to provide for two three-year terms.


The Mayor presides at all Council meetings and other public functions and is the ceremonial head of the City. The Deputy Mayor presides in the absence of the Mayor.


A City Manager is appointed by the Council to administer policy and manage the City's departments. As chief administrative officer, the City Manager appoints all city employees and is responsible for the activities of the departments as well as the successful completion of programs approved by the City Council.

The CRA usually meets at 1:30 p.m. on the preceding Monday, immediately followed by the City Council Workshop meeting.


City Council meetings are usually held in the City Council Chamber of City Hall at 6 p.m. on the second and fourth Tuesday of each month.  All meetings are open to the public, and citizens are encouraged to attend and participate in these meetings. Dates and times should be verified with the City Clerk's Office in advance.